April 24, 2015
I wasn't able to continuously craft for 30 days.  I'm very disappointed in that.  I was able to complete 14 days of crafting.  I made some great projects and learned a few things.  I haven't been totally inactive, but the amount of time I have had this last week has been minimal.  I'm going to attempt more time in my craft room.  I just don't think life will allow me to be in it every day.  I hope you will still check in and see what I am up to!

Thanks for sticking with me.

Popular posts from this blog 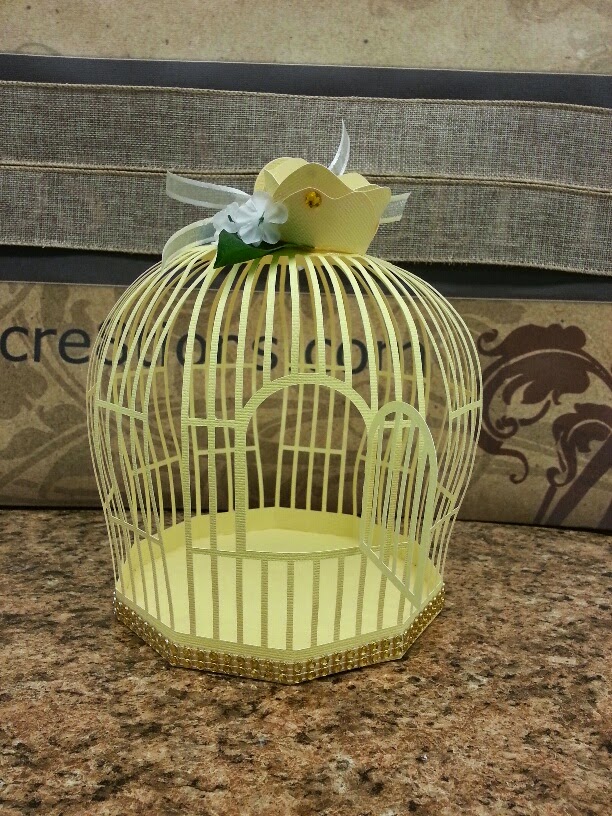 I'm really having fun spending evenings in my craft studio and thinking about what project to do next!  Last night I made the birdcage from Playful Parlour by SVG Cuts I used AC Carstock for the entire project.  The pieces cut out beautifully on my Sizzix eclips2.  I think this will be something I actually keep on a shelf in my livingroom.   My next project will have to be Easter related.  I want to make a hostess gift for a egg hunt party that a family member is having.  I will also have a post on Easter Sunday, but it will actually be a project I make today or tomorrw.  I'm hosting Easter dinner and doubt that crafting will be something I can do til very late on Sunday.   I'm just 3 page likes away from reaching 200 on  Facebook !  I'll be having a spring theme give away when that magic number is achieved!
Read more

Well, today's project didn't turn out exactly as I had planned.  I'm a visual person.  So I don't alway get the end result I want, until I see what I have done wrong.  The baseball cap from Fun and Games by SVG Cuts, was going to be fashioned after the WSU Shocker mens baseball caps.  Gold on the front and black on the back and bill.  For some reason, I could only see (in my mind) that two front panels needed to be gold.  Nope, needed to be three. Oops.  I went ahead and cut a third gold panel and glued it on over the back.  I can't give this one away.  I'll have to keep it as a reminder that I need to cut three different panels.  It doesn't look terrible.  But it's not right.  I didn't measure the area for the logo very well either.  This one is a little too big!  So, today's crafting was a learning experience! I used AC Cardstock for this entire project.  I also did an internet search for the team logo and did a trace into ecal2.  I d
Read more 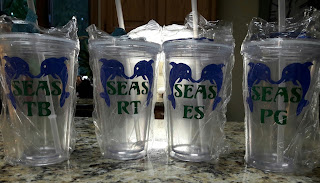 Can you believe it?   It's already May!   Are you scrambling for a last minute teacher appreciation gift?  I got the Oracal 651 out and sat down with ecal 2 and made this design for some of the teachers in our life.  I admit,  I had some trouble and had to remove,  re-cut and then reapply my design on a couple of these,  but FINALLY I got the look I was shooting for. I finished them with some paper and foil shred.  If you make some using the Dollar Tree tumblers, be sure to include a note to handwash only.   Have fun creating!
Read more